View source
Welcome to the Wiki 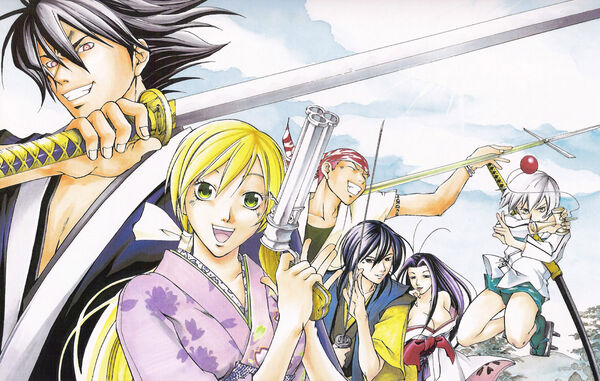 This is a wiki about the manga named "Samurai Deeper Kyo" by Akimine Kamijyo. This is a wiki where everyone can help out by adding and editing articles! We made more than 27,518 edits and 175 articles. Help us contribute!

A Brief Summary of The Series

At the dawn of the 17th century, at the end of the era of civil wars, in a world of chaos, the epic Battle of Sekigahara was joined. One man emerged from the largest battle ever fought on Japanese soil; a terrible warrior of unspeakable power, he was nicknamed 'the unconquerable.' Kyoshiro is a peaceful medicine peddler who harbors the soul of an assassin. He accompanies Yuya, a young bounty hunter across Japan in search of a murderer and on a quest to discover the terrible secret of his own identity.
Community content is available under CC-BY-SA unless otherwise noted.
Advertisement